Can I get an amen?

What was your ‘aha’ moment when you realized Bellesa needed to exist? How and when did you decide to pursue the company full-time? 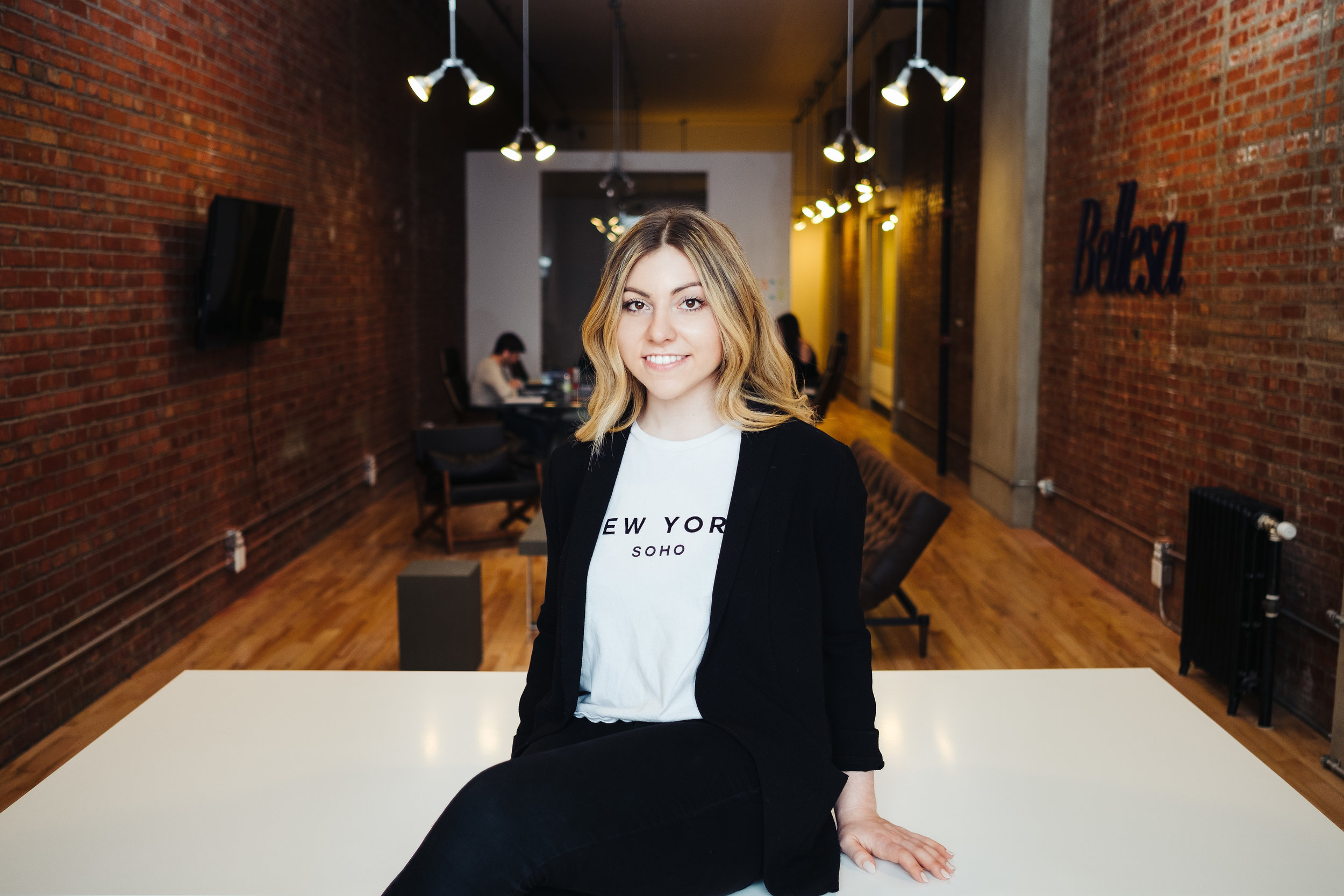 He turned to me nonchalantly and said something along the lines of: “For a company like ours, female sexuality… it makes for a good story to tell our viewers, but for all intents and purposes, it’s a myth.”

That’s when I decided once and for all that I was done with the stigma that surrounded women who like sex and enjoy talking about it… and so, I started Bellesa.

What was the reaction you received from friends and family when you first told them about Bellesa?

What does the name Bellesa represent?

Bellesa is described as a “free adult entertainment website for women.” Do you intend for your audience to always be exclusively women? Why this focus?

We get this question a lot! While the large majority of our community members are definitely female, we do of course have a small, but loyal group of male users. And that’s cool — we welcome anyone and everyone to whom Bellesa appeals!

That being said, our target audience will always remain women. That won’t change. Women have been ignored and excluded from the adult entertainment world for far too long — Bellesa is committed to shifting the landscape of that world to include women — and shedding the stigma as we go.

What is the greatest challenge you face in determining appropriate content for your site that aligns with your mission?

Diversity. I think our growing network of engaged, unapologetic community members does a badass job at uploading top quality content to Bellesa. A major problem in the industry, though, is the fetishization of women of color by production companies…many of these production companies cater to male fantasies using profane and often derogatory portrayals of WoC.

Inclusion is a fundamental guiding principle for us. We want women of all shapes, sizes, ethnicities, orientations, and more to feel both represented and sexually empowered by Bellesa. Once we begin creating our own content, we will have much more control over this. Stay tuned for this!

Bellesa is a multimedia platform. Why did you feel it was necessary to include erotica in the form of film, image, and literature? 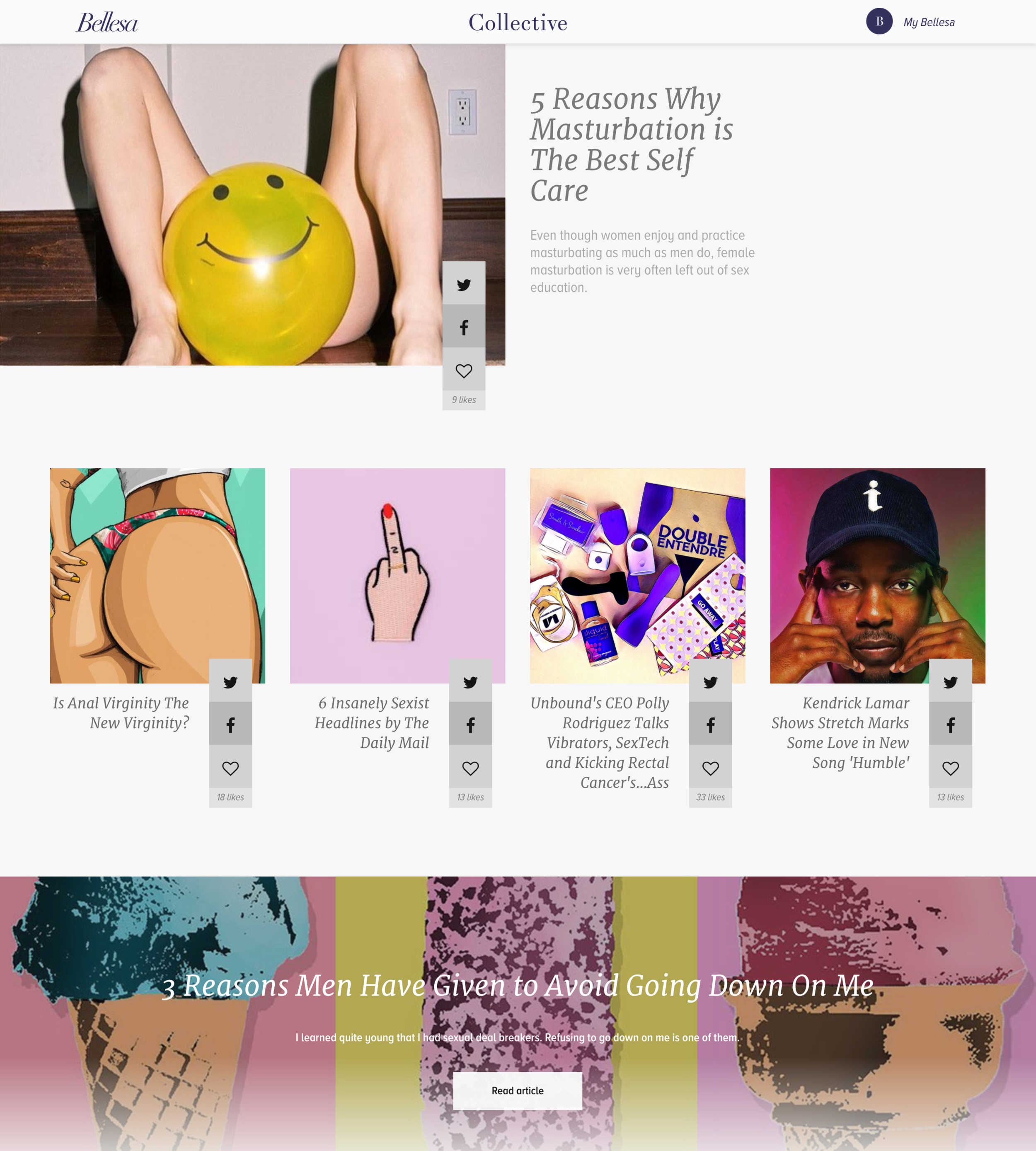 What is the role of education in shifting what your website describes as “the male-dominated paradigms that have defined sex on the Internet?”

Firstly, sexuality on the Internet should depict women as they truly are — as subjects of pleasure, not objects of conquest.

If you could go back in time to when you were just getting Bellesa off the ground, what advice would you give yourself?

When you’re conceiving something entirely new, especially in a mature, established space like adult entertainment, people will think you’re crazy until they don’t. Stay focused, stay driven. Create your product, solve an actual problem, listen to the people in your target demographic. Product-market fit is the only thing. We spoke to over 3,000 women in the early going of Bellesa. Each provided me and my team with some meaningful insight. If I could do it all again, I would interview/survey double that. 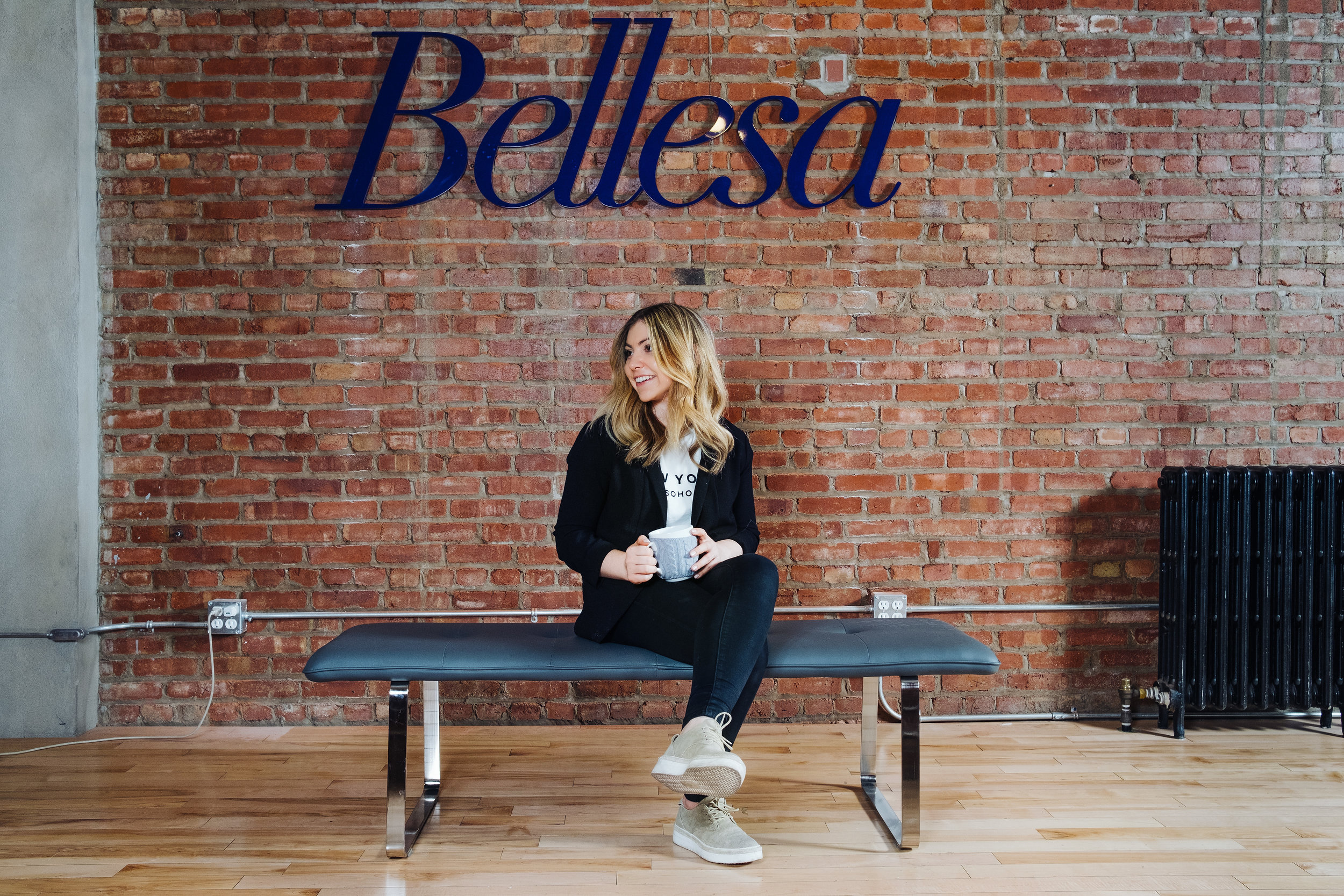 What is the most surprising or game-changing thing you have learned as an entrepreneur?

That women actually want to help women. I’m kind of continuously surprised at how helpful other female entrepreneurs are. I’ve legitimately cold emailed women — important, busy, brilliant women — who have later gotten on the phone with me and taken time to learn about what we’re doing, provide feedback and point me in a helpful direction. I don’t think the stereotype of cattiness among women could be less true.

What is the future of Bellesa and the larger sexual health/sextech space in general?

The future of Bellesa…is moving the dial forward in terms of social expectations of sexuality for women. Currently in development, Bellesa has an e-commerce store (where we intend to curate products to sell right from Bellesa), a Bellesa publication, and a Bellesa production operation, a Bellesa sexual health initiative, among several other projects.

UPDATE: After facing industry criticism for piracy and disempowering female sex workers and producers, Bellesa removed its video content on 9/21/17. Founder and CEO Michelle Shnaidman made a statement on Twitter apologizing and committing to “transition the entirety of the video section of Bellesa to feature exclusively videos that are in direct partnership with studios, and that compensate all fairly for their contribution.”

15 Black-Owned Businesses to Up Your Sex Game Right Now This Founder Wants You to Have Fearless Oral Sex