One month of FREE birth control from Twentyeight Health

Living with chronic illness is one thing; dealing with the outside perceptions is another.

Having a chronic illness can make you feel crazy, partly because it takes quite a few trips to various doctors and specialists to figure out exactly what’s wrong. It’s also because you assume these three things during and after the diagnosis process.

The pain, cramping, headaches and fatigue you experience are because you’re “not handling stress well.” You really just need a vacation more sleep. Maybe you could eat better. It’s probably lactose intolerance mixed with the fact that you ingest more sugar than any human should on any given day. You’ll be fine, you just need to do a little yoga to get back on track.

2. Your friends hate you.

You cancel things left and right at the beginning because you’re scared of leaving the house. You keep a heat pack in your purse at all times. It weighs five pounds and won’t make it through airport security because it’s made out of clay and resembles explosives. You eventually grow to assume everyone thinks you’re making up your illness to watch Netflix with the dog instead of having any kind of social life.

After months of vague, “Oh, she’s sick,” and the high number of doctors appointments, people you barely even know think you have cancer or some sort of deadly disease. They heard it through the grapevine. They speak in hushed tones. Your life is full of said people yet they can’t exactly ask about your medical history. You don’t correct their assumptions. “Hi” is always followed by, “How are you feeling?” You sometimes feel like you might be dying.

I have stage 3.5 endometriosis. Or, as I like to explain in Layman’s terms, “Instead of shedding endometrial lining and blood externally every month, I bleed internally.” I also add in, “My organs are gluing themselves together with scar tissue and it f*cking hurts.” I switch up the terminology and gory details depending on how much I want to freak out the listener. If I’m bored I’ll just state, “My baby box is trying to kill me.”

In reality, my uterus is actually over-functioning. That bastard wants to have a baby so badly it will not stop going on about it.

Every month I used to have cramps so severe I couldn’t move. I assumed this was normal until I couldn’t work or even leave my bed. After several gynecologists and family practice doctors told me I’d be fine and there was nothing to worry about, I found a physician who believed me and knew what was going on.

She confirmed what my journalistic, Internet-researching self suspected: endometriosis. A two hour surgery later and we knew the extent of the damage to my chaotic insides. The doc literally cut my bowel off my uterus. She cauterized scar tissue so my organs went back to their normal places and I went home with a diagnosis, a temporary anesthesia wobble and an incredibly sweet, concerned boyfriend chaperone.

That procedure was two years ago. The endo has lead to other issues which are considered chronic pain and allow me to keep the “spoonie” label us endosisters wear so well. A diagnosis of endo doesn’t typically unite a woman with her friends. Even though endometriosis affects as many as 176 million people worldwide, many girls don’t even know of the disease, let alone have pals who are in the same boat. I sure didn’t — I turned to the Internet for solace and guidance.

Private Facebook groups gave me some insight into what others with the disease are dealing with. While I have it bad (I’m a 3.5 and 4 is the worst), this is nothing. There are women on disability because of endo. They’ve gone through multiple surgeries, medically-induced menopause (been there, hot flashed through that), infertility treatments, acupuncture, holistic medicine and more with no relief. I am lucky. A particular brand of birth control, when taken in a timely fashion and without placebos, keeps my sticky insides in check.

As of today, endo has no cure. And that means this spoonie will forever feel those first three assumptions: I am crazy. My friends hate me. People think I’m dying. Some days I am in pain, my stomach and lower back bare burn marks from repeated daily use of too-hot heat packs. Others I am a normally functioning human being. To me, asking what’s going on shows you care. Or you could be a snoop. Either way, not speaking up with a question as bold as, “Why don’t you hang out with us anymore?” Or, “You haven’t been at a show lately…. Are you OK?” is much more painful than not saying a word. You’re feeding those assumptions and making me want to stay with the dog to watch Netflix after all.

What To Do If Your Period is Painful AF Making Period Pain a Thing of the Past

Hatie is an outdoor writer based out of Chicago and the founder of Whoa Mag. She does her best not to let chronic illness interfere with her life but does prefer high waisted pants as they can easily hide a heat pack in a pinch. She loves hiking, walking her dog and making the most out of nice weather. 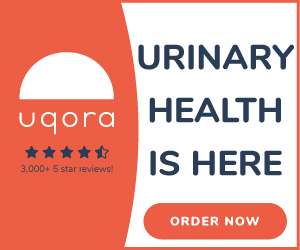 Register
Don't have an account? Register one!
Register an Account
Slide into our DMs
@talk.tabu
“The vulva is commonly mistaken as the vagina, b

Is it a certain tone of voice? 🗯 Spicy sexts du

If only Bitmoji worked in captions ...I would say,